I don't even know where to start with this review.  I'd been aware of Bitch Planet for some time, and it totally seemed like my jam from what I heard, but I just didn't get around to reading it.  And then I did.  Holy shit.

Embracing the outrageousness of 70's exploitation films, Bitch Planet channels the irony of a culture that calls women who dare to push against objectification "angry feminists," into a piece about the anger of those who feel the caging bars of cultural expectations.

The comic is magnificent with a sort fervent insanity that reminds me of what drew me into Tank Girl.  There's an embracing of women's bodies as they are, and a celebration of rebellion against controlling gender expectations. 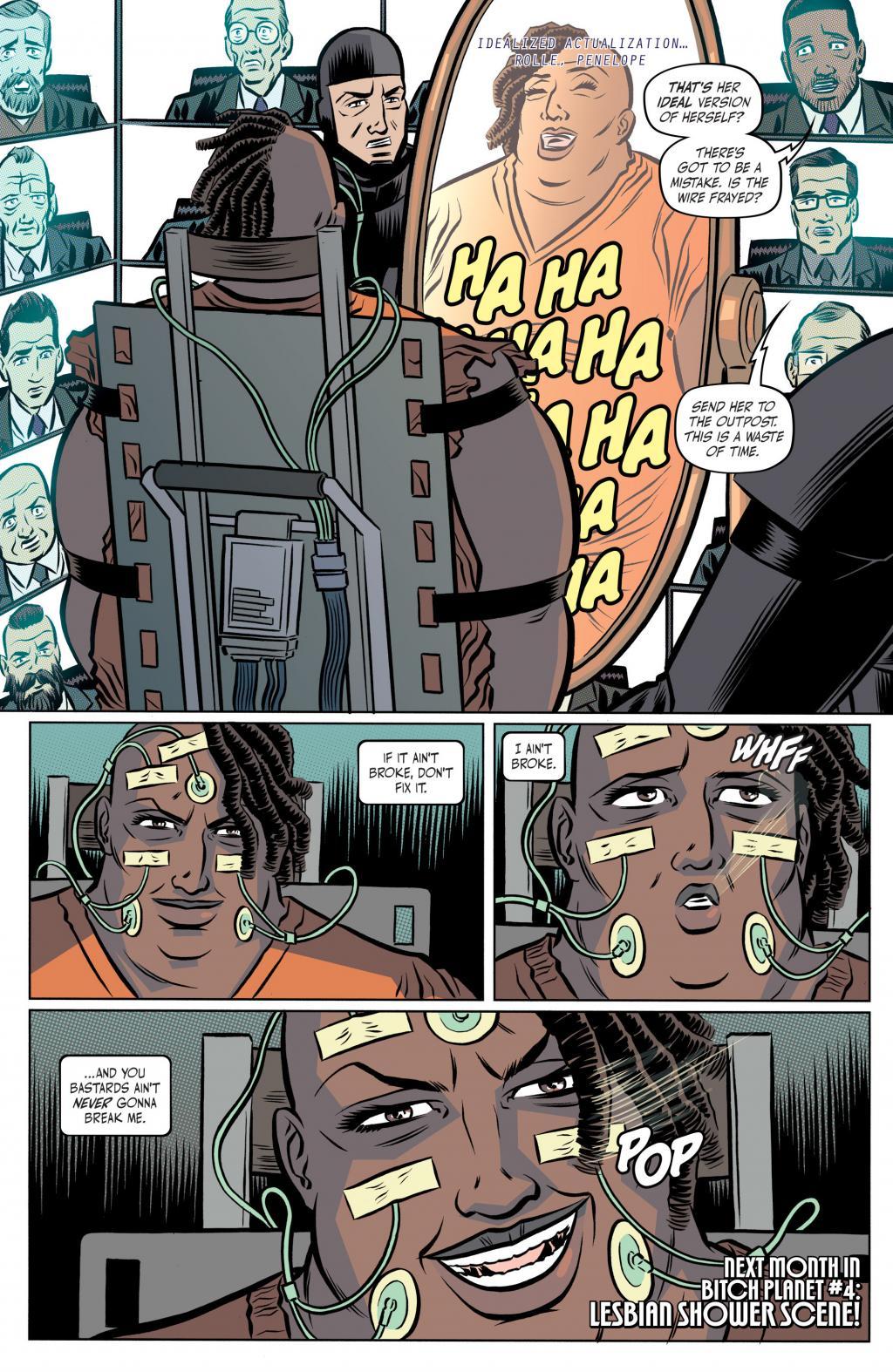 These women have a reason to be angry.  Not quite chattle in a society that explicitly tells them that they are flawed.  Too loud, too religious, too atheist, too extreme.  Not thin enough, not friendly enough, not compliant enough.  Your husband cast you aside for a younger, prettier, woman?  That may be all it takes to end up exiled from Earth, incarcerated as a noncompliant on an auxiliary outpost.

Bitch Planet is angry and feminist, and is glorious.


There's a fantastic interview with DeConnick over on NPR, I strongly recommend listening to it.