[Book Review] Magic for Nothing Previously reviewed
TL;DR review: go read this book, it's loads of fun.
Read on for actual details.
At the end of Chaos Choreography, Verity Price fought off a summoned snake god on live television as a competitor on the reality TV show Dance or Die (turned out this special season was taking that title a bit too literally).  And if that wasn't enough to blow the Price family cover... once Verity realizes the fight was broadcast live and her disguise is ruined, she tells the Covenant of St. George to stay the hell out of North America.
So now the Covenant is gearing up for war against the Price family, and looking to purge as many 'monsters' living in North America as possible while they're at it.  Oh joy.

The youngest of the Price children, Antimony isn't the one to make waves or seek out trouble (she leaves that to her older siblings).  She hasn't had to really step up.  But as the only (human) Price of her generation that doesn't bear a marked resemblance to the family bloodline, she's the only option for infiltrating the Covenant and (with any luck) learning the Covenants plans for her family.  A cover story for her skills and background comes by easy enough, after all, she spent whole seasons with the circus.  But the rest of it relies on quick thinking and luck that no one recognizes the family line she does resemble.  Also, she's been accidentally catching on fire lately, and is only just learning to control her nascent powers.  What could go wrong?


What can I say?  It's Seanan McGuire, the book is engaging and entertaining.  The fact that the title brings Dire Straights to mind is just a bonus.  I loved the circus setting... and the Aeslin mice are always a joy to read about.  Though, we're also given reminders that they're more than just adorable worshipful fuzzballs.  They have their own goals and plots.

Probably my biggest criticism of this book (and something that really stood out to me while trying to write this book) is that Antimony really needs to grow up.  I kept having to rewrite sentences as I looked at what I wrote and went "dear lord she sounds like a spoiled brat."  The Price family has built their whole lives around the fear of being discovered and hunted down by the Covenant of St. George, while also striving to protect the non-humans in North America.  It's not a life-style that lends itself well to a prolonged childhood/adolescence.  Yet, Antimony is early 20's, basically just living at home and playing roller derby.  And yeah, I get sibling resentment and issues along those lines, and maybe I need to re-read some of the other fiction, but the amount of resentment and anger she has towards her "selfish" older sister Verity is staggering. 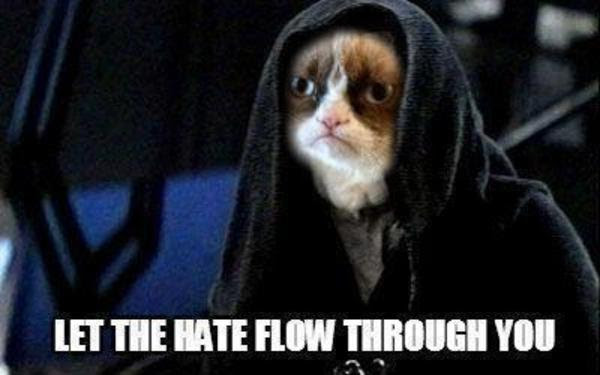 The story does force Antimony to grow up fast as she faces danger and difficult decisions, but at the same time she manages to remind the reader how new she is to responsibility.  Actually, speaking of resentment (and hatred), I feel kind of bad for Margaret Healy.  She was born to the wrong part of the Price family and that has twisted her whole life.

The romance is kept light, with one possible sex scene left vague and off scene.  Actually, the romance went in a direction I did not expect at all from the first few chapters, and I don't mind the surprise (can't really say more without spoiling).